As part of my disseration at Aarhus University, I am conducting an experiment about Negotiation and Artificial Inteligence
Take me to the experiment
Nov 9, 2019
in
Blogs

20 Danish Bands You Need To Know (With Spotify Links) 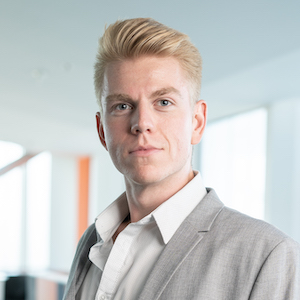 Michael Mares
Latest news
Improve your budget as a student- 7 Tips
Oct 20, 2021
in
Blogs
Save more efficiently as a student - 5 tips
Oct 17, 2021
in
Blogs
Student job rights &  Union Membership
Oct 14, 2021
in
Blogs
Looking to impress your Danish friends with your Spotify playlist? Or simply want to know more about the Danish music scene? Look no more, as we've made a list for you, with some of our favorite Danish artists to get you started! Whether you dig rock music, folk, rap, or pop, there is something for everyone among our no less than 20 suggestions!
VIDEO
VIDEO

What a better way to taste the Danish culture than by listening to their music?

Well lucky for you, most of the Danish artists actually make songs in English so you don't have to struggle to enjoy it. Of course, many of them sing in Danish as well, which is perfect if you are a Danish learner! Regardless of the language, music is music, so one can enjoy it even without understanding the lyrics!

There are many great artists that are Danish, and you didn't even know about it! Below, we have included some of our favorites. If they totally rock or not, you gotta find out by yourself. Happy listening!

Kim Larsen is one of the most popular artists in Denmark who went on practicing music ever since 1969 and  until the time of his death in 2018. That is pretty impressive! During his long musical career he sang both solo and as part of various bands, some of which he founded himself. He is definitely a legend of Danish rock and pop. He almost made it to Eurovision in 1979, his song Ud i det blå coming out 3rd in the Danish final.

If you enjoy folk and “schlagers”, then this band is for you. Being active between 1973-2011, the group changed their lineup many times. That, however, didn’t stop them from selling over 6 million albums! Their effort was even recognized in 2013, when they won a Dansih music honorary award and  were called “an institution” in the Danish rock and pop history.

You've heard her songs before, but did you know Mø is Danish?

Yes, Karen Marie Aagaard Ørsted Andersen (easy name, right?) was born in Ubberud and luckily, her music career is much more famous than the small town near Odense.

She is a staple of all famous Danish music festivals and her worldwide fame got her to number 1 spots on most international charts.

Especially with this song!

Following his father's steps, another popular Danish singer, Tommy Seebach, Rasmus became interested in music from a very young age. Starting up as a songwriter and producer, he made his breakthrough in 2009 with the song “Engel” (“Angel”). He makes pop music that is very pleasant to listen to. It’s even better when you can understand some of the lyrics and follow the story in the song.

This trio is unlike most things you will hear on the radio today.

Their sound is very hard to describe but very interesting nonetheless.

They started in 2013 and have since released a studio album and three EPs, one out of which made it to number 2 on Danish charts.

You can find them at every major Danish festival and you will see how much Denmark loves them, whenever they come on stage!

Born on a couch in Christiania, smoking weed from the age of 14 and living in a house without running water or electricity, Lukas Graham had a rough start, but early in his life he discovered his love for music.

Ever since, he has used music to escape from the life that was dealt to him.

You can hear in his lyrics many references to life in Christiania.

This is a notorious district in Copenhagen, where you can buy drugs on streets and where the outside rules simply don't apply.

Christopher Nissen is a Copenhagen based singer that has recently hit the billboard charts with his song 'My Heart'.

But he was famous in Denmark even before. Just ask any Danish girl you meet on the street and she will tell you all about him.

His music has a very nice sound and is easy to listen to, especially at parties.

Another great Danish pop band that is making Danish charts, whenever they release a new song!

I've had the pleasure of seeing them live and I have to say they really deserve all the awards they received over the last couple of years.

During the Roskilde festival in 2016, their performance had drawn so much attention, that areas outside of the festival had to be closed off.

This singer/songwriter, son of Kim Larsen, is not well known even among the Danish people, but his music is really cool and easy to listen to.

His career started in 2016 so he is still a very far from a huge star, but his song Istedgade hit the Danish charts really hard!

Give it a listen and let me know what you think, I personally really dig his music!

Singer and songwriter, Barbara Moleko makes soul and pop music with African vibes. Her voice is very particular and even though her songs are not as popular, they are very enjoyable to listen to.

Thus is a Danish pop duo established  just one year ago. Even though their music is quite retro, they became quite popular. For now they have only released 3 singles, but it might be interesting to stay tuned with their future releases, especially because they are representing Denmark in Eurovision 2021, with the song “Øve os på hinanden”.

Natasja is a Danish rapper, singing both in Danish and English. Her songs are mostly reggae, so perfect for a chill evening when you want to let your hair down. Unfortunately, she died in a car accident in 2007, at the early age of 32. 2 albums were released after the tragedy, one in Danish (“I Danmark er jeg født” translated as “In Denmark I am born”) and one in English (“Shooting star”).

Relatively young pop/rap duo that was established in 2012 that you can still hear in bars on Fridays.

This duo has released some very catchy songs with really funny lyrics. Unfortunately, they are in Danish but ask your Danish friends to translate it for you, you won't regret!

Inspired by Nicky Minaj’s music, Tessa got discovered on Instagram by posting rap videos, and became popular shortly after (in 2019). In spite of her young age (early 20s) and being part of the music industry for only a short time, she already won several Danish music awards in 2020.

In English- “Unknown artist” - is a hip hop group that separated in 2016, after 4 years of making music together. They have 3 albums in total and one of their greatest hits is “Gennem  byen”.

Brian Sivabalan is a Danish rapper from Aalborg. He became well known  in 2014 , when he was a guest singer in the song “Fortæl dem”, alongside the hip-hop band Ukendt Kunstner. Despite being considered a rapper, Lord Siva also makes pop music, both in English and Danish.

If you feel like listening to some bluesy rock, then definitely check them out. They make songs in English and despite originating from Denmark they are also known in the US. They are not so popular, but worth listening to.

Let's start things off on a hard side!

This hard rock band is the Led Zeppelin of Denmark, with millions of devoted fans all over the country.

They are known overseas as well, as they are often playing American festivals, and they even tour in the United States.

This band formed in 2001 in Copenhagen, and has since been one of the most popular rock bands in Denmark. You will get Danish street cred for knowing 'For Evigt' so give it a listen!

This Copenhagen based band was formed in 2012.

They have received a number of awards for their unique sound, which combines rock, post-punk, and new wave, with interesting textures and instruments.

They sing mainly in Danish but you don't need to understand the lyrics to enjoy the songs. And we're pretty sure you will!

Often referred to as Denmark's answer to the Beatles, Danish rock band Gasolin' are widely regarded as the most popular Danish band to date.

Founded 1969 by Kim Larsen, a national treasure who died in 2018, this band has played thousands of concerts around Denmark and in the whole world.

Definitely something you should listen to if you live in Denmark!

Who did you know before and which is your favourite?

Let us know in the comments!

Thank you! Your submission has been received!
Oops! Something went wrong while submitting the form.
Michael Mares
🇸🇰

I'm a hard-working and passionate person whose life mission is to help students all around the world. I'm studying Information Systems Development at Aarhus University and I'm the co-founder of this project.
All posts from author
Student Survival Guide is a non-profit project, started by university students in Denmark. We want to help other students, who struggle with things we've already been through and gained knowledge about. If you want to support us, consider following our Facebook page or YouTube channel. Leave a comment or like, so we can see that our work is paying off.
Thank you,