As part of my disseration at Aarhus University, I am conducting an experiment about Negotiation and Artificial Inteligence
Take me to the experiment
Aug 12, 2021
in
Blogs 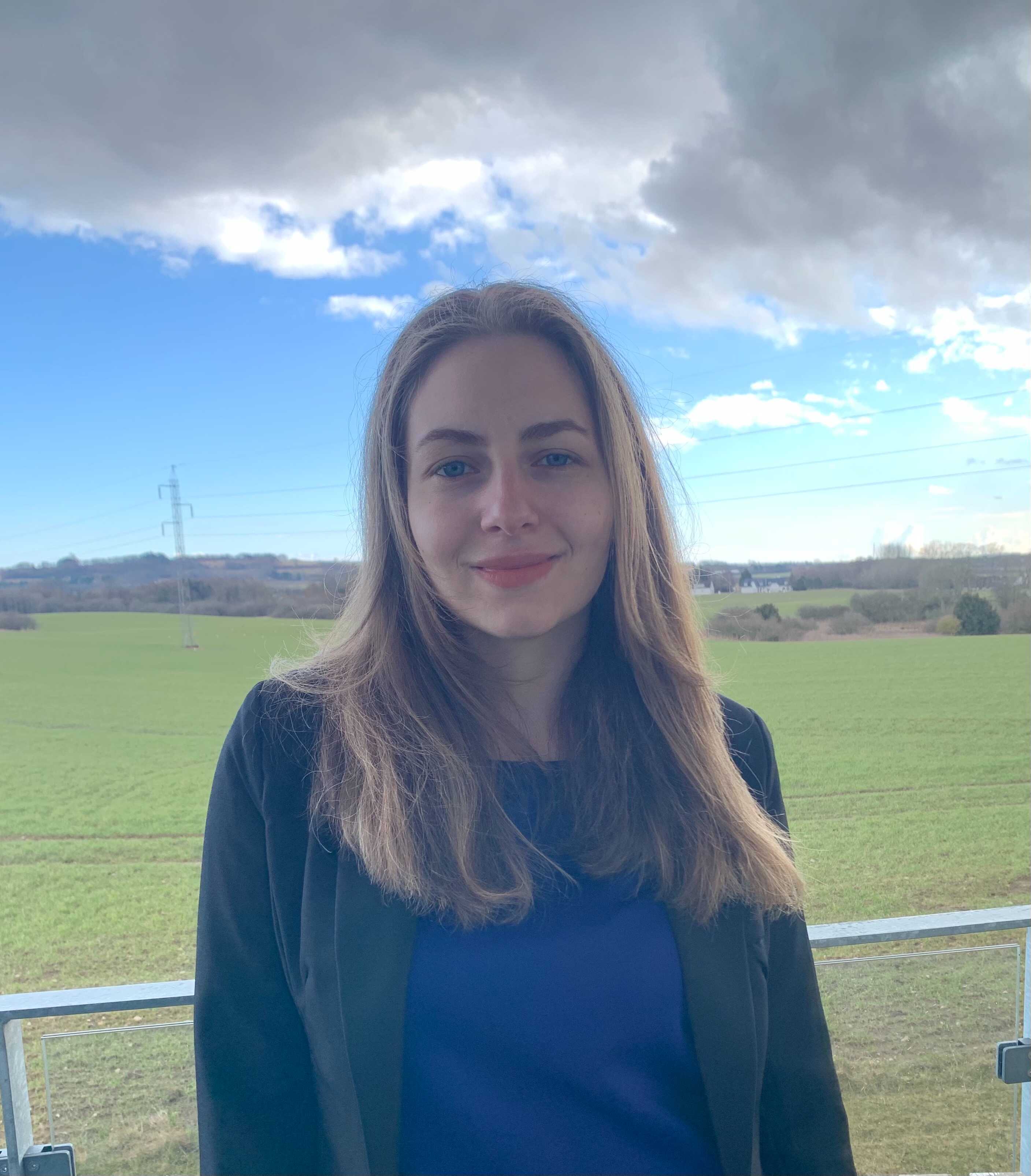 Denisa Emilia Porime
Latest news
Improve your budget as a student- 7 Tips
Oct 20, 2021
in
Blogs
Save more efficiently as a student - 5 tips
Oct 17, 2021
in
Blogs
Student job rights &  Union Membership
Oct 14, 2021
in
Blogs
Denmark has recently decided to cut down the majority of English-taught programs. Why? Because of past decisions and their consequences. The issue is not entirely new, and has been debated many times over the years. Find out below what the roots of this decision are and how the situation has developed until present. Either watch the video or read this article for a better understanding of the situation.
VIDEO
VIDEO

25. June 2021 was a day that raised controversy among many internationals and Danes. Social media of international communities blasted with news about the new ruling: everyone sharing their for or against opinions, with the majority blaming the government for this decision and Danes showing support for the community of international students.

The new ruling implies  that the majority of English-taught programs from academies and university-colleges will be reduced significantly starting summer 2022.

So how did this come to happen...again? To find out we have to take a look in the past.

Did you know that Danish students receive around 6000 kr per month (before taxes) for just being enrolled in a higher education?  This state student grant (or SU) acts as a financial support for a student’s living expenses. And in 2013 the European Union decided that EU/EAA students should receive similar treatment (equal status as Danes) when it comes to SU .

Thus, under the EU ruling of 2013, foreign students can now have a claim to the grant, provided that they work a minimum of 43 hours each month (or 10-12 hours each week). Apart from having a claim to SU grant, they are also entitled to receive the state student loan, or SU-loan.

Initially, the state expected that the SU budget for international students should not exceed 442 mil. kr., a rather realistic amount...or is it? (The Local, 2020)

In 2015, Denmark stepped up foreign student recruitment and established a new Code of Conduct that would encourage international students to choose Denmark for their higher education.

Danish higher education institutions wish to improve and strengthen international cooperation and promote Denmark as an attractive high-quality place of education for international students. - excerpt from the Code of Conduct (2015)

Surprisingly enough, cuts in the education budget came in parallel with the new Code of Conduct. (ICEF Monitor, 2015)

While in 2010 there were approximately 300 EU students that received SU, the amount skyrocketed with the 2013 EU ruling, until 13.900 foreign students claimed the grant in 2019.

Remember the budget the Parliament agreed upon in 2013 for SU-spending for foreign students?  It turns out that in 2018, 513 mil. kr. were spent on SU for internationals, while the amount increases every year with few more mil. kroner. (The Local, 2020)

And that is not a surprise given that the majority of foreign students come from European countries (45% in 2020!).

Something to remember is also that EU/EAA students do not pay for higher education in Denmark, while the ones outside EU/EAA area do.

SU spending not the only problem

The mere SU-expenses for EU nationals, were not the only cause that nudged the government to reduce the number of English-taught study programs...and 2021 is not the only year it happened.

In 2017, almost 28% of study spots at certain English-taught programs in academies and university colleges have been cut down. This amounts to about 1700 study places.

In 2018 there were further cuts of English-study places in universities and Bachelor of Engineering programs, this time around 1200. (Ministry of Higher Education and Science, 2018).

The Ministry of Higher Education and Science blames this on the fact that many international students (approx. 42%) return to their home countries after they graduate from their Danish education, while only about one third of them actually remain and become employed. This means that too many internationals do not contribute to the Danish economy and leave home with a degree “funded by the Danish taxpayers’ money”. (The Local, 2018)

Here are some statistics concerning employment status of English-speaking graduates in the second year after graduation. (Danske Universiteter, 2020)

In this regard, the initiatives that ensure international students remain in Denmark after graduation were re-evaluated, as well as the quality of English-taught programs. (Ministry of Higher Education and Science, 2018).

Now that we have some background information, let’s see what happened this time around.

The SU expenditures for EU/EAA students has increased considerably in recent years. From the original 2013 SU budget stating that the “SU expenses should not exceed 442 million kroner”, the amount has been way overspent and is now expected to reach 576 mil. kr. as early as 2025. And that is despite the previous attempts to reduce study spots for English-speaking students. It has, thus, been agreed that in order to reduce SU expenditure, the admissions at English-taught programs should be cut down.

The political parties involved in the agreement were the Liberal party, the Social Democrats, the Conservatives, the Liberal Alliance, the Danish People’s party and the Socialist People's party.

The focus of this reduction are the English-taught programs in business academies and university colleges. That is because 72% of students at these institutions are English-speaking, while out of these, only 21% manage to find jobs in Denmark after graduation.

Some programs will still remain, as the parliament has agreed not to touch those with a high employment rate after graduation, as well as unique programs or programs highly-relevant at a regional level. After the reduction, a total of approx. 650 English-study spots will remain available at these institutions. (Ministry of Higher Education and Science, 2021)

Here are the programs that will still be available for English-speaking students.

The situation of SU and English-speaking students will be, however, monitored and adjusted as it develops.

What happens to the educational institutions affected by the cut?

What is more, 50 mil.kr. have been reserved as “employment bonus” for those educational institutions that manage to increase the employment rate of their English-speaking graduates.

Lastly, the savings that will result from this reduction, will be instead used towards the recent political agreement on spreading out Danish-education opportunities outside the 4 biggest cities and throughout the whole country. (Ministry of Higher Education and Science, 2021)

Good move or not?

Objectively, the situation is rather understandable and the arguments given by the state are rather strong. On the other hand, the economic contribution international students bring to Denmark should not be completely ignored.

Unfortunately, while there are many international students who are here just for the SU and the unemployment benefits that come after graduation, there are also many Danes that do the same thing...

We at Student Survival Guide, are grateful for having the opportunities we had in our academy/university-college programs. After all, they are the reason we are where we are today.

When this decision comes into effect we can only hope that the situation will be brought under control and Denmark will once again offer as many opportunities to the future generations of international students.

We hope you became wiser by reading this article and if there is any information you wish you would have seen, get in touch with us. Otherwise, we end with some FAQs.

When will the reduction of English-taught programs apply?

The reduction applies starting with the summer intake of 2022.

No, English-taught Master’s programs are not cut down under this agreement.

Will the SU grant be affected?

No, international students will continue receiving SU as long as they fulfil the necessary requirements.

How are the current AP students affected?

Ministry of Higher Education and Science :

Denmark overspends own limit on SU grant for international students, 2020