All the survival knowledge you need for your first weeks in Denmark. Shopping, taxes, work or university life.
Download Now
Mar 31, 2020
in
Blogs

Quarantine and Chill? Some Interesting Shows and Movies to watch during the quaran-cation! 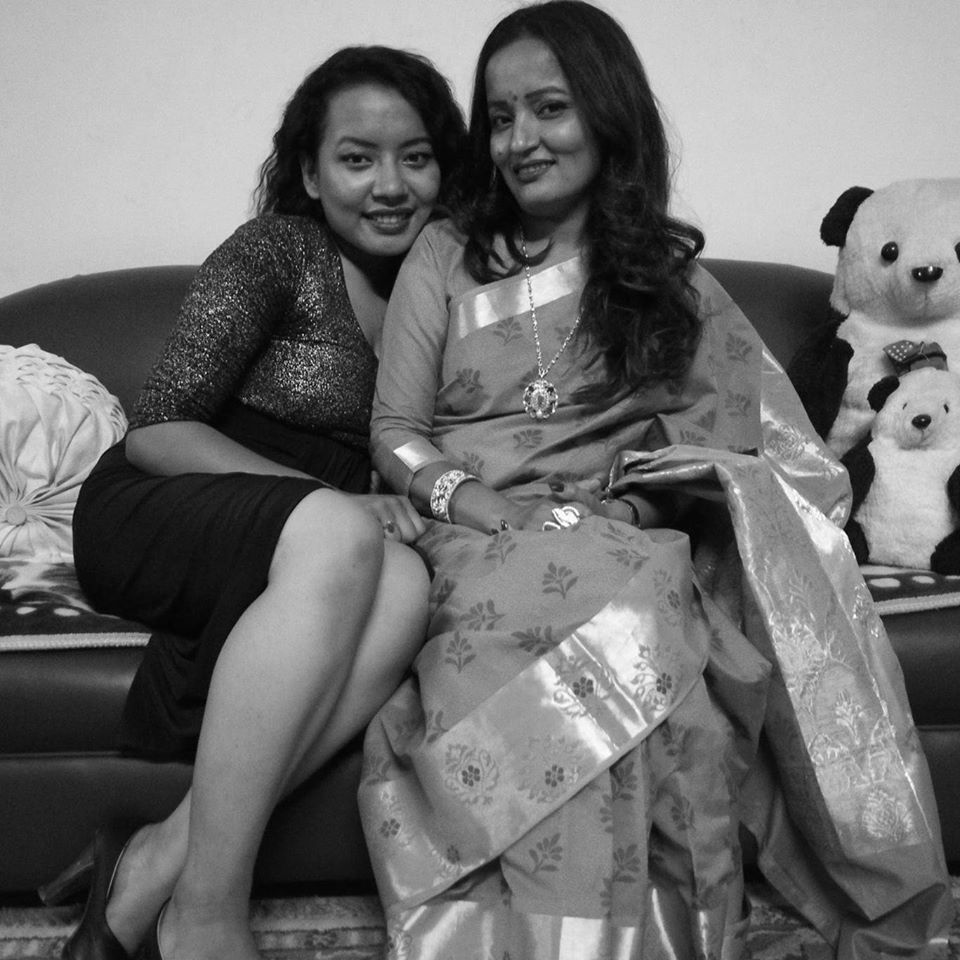 Riju Joshi
Latest news
I study MSc in Computer Science and Engineering at DTU in Denmark - This is my story
Oct 21, 2020
in
Blogs
Denmark Now: Week 41 Recap
Oct 18, 2020
in
Blogs
Survival Guide to Taxes in Denmark
Oct 11, 2020
in
Survival Guides
It is the 17th day of lockdown in Denmark, and we hope everyone is safe and sound during this quarantine!
VIDEO
VIDEO

We are probably spending more time scrolling through social media and Netflix to find something exciting or just kill time. Or, maybe you are trying to avoid the ongoing COVID-19 news that is roaming 24*7 these days!

‍
Whatever it is, Netflix is probably one of the major things that we spend time watching during this quarantine period. As there are too many shows and movies to watch, it gets very confusing to choose the good ones.

‍
Are you in the “spent 25 minutes scrolling up and down trying to choose a good Netflix program” zone like us?

‍
Here are some of our picks for Quarantine and Chill. We listed out some Netflix movies followed by TV series!

We enjoyed watching them and hope you like them too! And please do mention your favourite shows and movies in the comments section and help everyone to see good shows!

This sci-fi thriller movie is a metaphor for the consequences of inequality of wealth on people’s lives in this modern world. It is shown through the simple metaphor of the distribution of food. It starts with the protagonist of the movie, Goreng, trapped in prison with a very weird roommate.

This movie will give you chills and is not recommended if you have quarantine anxiety. It can get a little gruesome and might kill your appetite, though!

Kevin Hart, probably there are very few people who do not know him. He was in Copenhagen during his tour in 2018. The American stand-up comedian has seven comedy shows and one Netflix series. And each of his shows is a full entertainment package.

Kevin Hart’s Netflix series “Don’t F*** This Up” is a peek inside his life, his struggles and achievements along with his mistakes and redemption. Are you a Kevin Hart fan? Then you should NOT miss this at all!

The Red Sea diving resort might not have the best rating; however, it is quite a good movie based on a real-life rescue mission. Starring Chris Evans as an undercover Israeli operative, he is on a mission to save displaced refugees and get them to safety with the help of his team.

Trevor Noah has two shows: Son of Patricia and Afraid of the Dark. He explains the struggles of being a South African citizen along with the journey of becoming a comedian. Trevor expresses sensitive issues and events in the most humorous way possible! The personal touch on his shows is where he goes back to where he came from, you will truly feel his story as you watch!

Gabriel “Fluffy” Iglesias is an American actor and comedian. In One Show Fits All, he shares his stories of the technological advancements affecting his teenage son, how cool it was to meet Snoop Dog and Chris Rock. He shares emotional moments like taking his mum to meet Vicente Fernandez who he considers to be Mexican Elvis.

You can hear people cheering for him and shouting that they love him, what validation do you need more to know that this guy is legit! His show will surely cheer you up like the sunny day today!

Kreisher is a storyteller with giggly personality sharing about parenting. In this special, he adds humour to his sex life and the initial days of his stand-up journey. His humour might not be for everybody.

But, if you are looking for giggling and laughing a half-naked fat belly man joking about parenting, owning a pet and a gun, then you will enjoy it!

It is an American stand-up comedy starring Hasan Minhaj. He uses funny as well as painful anecdotes to share about his life as an Indian-American Muslim. The topics range from racism and bullying to living up to the expectations of immigrant parents.

He shares his journey from being humiliated for being an immigrant to achieving the stepping stones of his success as a comedian. All these intense and sensitive issues and he manages to make you laugh along the way!

Are you a fan of Formula 1? Ever wondered what it feels like to be at the top of the race? And what fear instills when you are at the bottom? And want to know the pressure of being stuck in the middle?

Well, watching Formula 1 was an eye-opening experience to look closely into the life of Formula 1 driver, the racing companies, managers and emotions that gather!

Understand how Constantinople, the city which stood firm behind its walls for almost 1100 years, became Istanbul of the present day!

The crown is a historical drama based on the life of Queen Elizabeth II who is the longest-reigning monarch in Britain. The Crown, a historical drama, portrays the events of the reign of Queen Elizabeth II. The story revolves around the political scenario, rivalries and also romance! It also shows the events that shaped the latter half of the 20th century!

Are you a person of fiction more than history? Do you like to binge-watch anime and it is even better when it is about mythical creatures and vampires? Then Castlevania is definitely worth binge-watching!

The series is based on Konami, a Japanese video game. The plot begins with the death of the wife of Dracula. Later, it revolves around the adventures of a monster hunter, a magician and the son of the Dracula combating against the demons summoned by the Dracula.

Locke & Key is an American horror drama series based on the comic of the same name! It is all about magic and mystery of different types of keys found in the Key House. The background and scenery are vibrant! There is a lot of suspense and twists and turns. There are different keys with a different function, and they are revealed in exciting ways!

The protagonist character is a little kid, and his acting skills are commendable. Not possible to describe the whole story here, so have a look, watch the trailer and know more!

The Haunting of the Hill House

Here is another super cool supernatural horror drama for you to binge! The plot starts with two timelines of 5 adult siblings who are still haunted by the supernatural and paranormal events they experienced as kids in the Hill House. Hill House is the mansion their parents had bought to renovate and resell, but then that’s where the horror begins.

Well, it might seem like a regular plot where a family moves to a haunted place, but trust us on this, or trust the good reviews the series got as it is one of the incredibly satisfying ghost stories!

Join the interdimensional adventures of a cynical and insane scientist (Rick) and his caring but a miserable grandson. Their adventures have pretty harmful consequences to the harmony of their family, but honestly, you will understand the human tendencies and psychology if you pay close attention. Or you could pick up a few slangs like wabalubadubdub!

Rick and Morty is an adult animated science fiction series. Critics appreciated the show for its originality and humour! Moreover, Imbd gives it 9.2 scores out of 10! The show is an excellent mixture of emotions and sci-fi and comedy! If you are looking for an unconventional and unique animated show to watch! Then this is it!

The Witcher is an American fantasy drama series based on the book of the same name written by a Polish writer Andrzej Sapkowski. The plot revolves around a solitary monster hunter who is struggling to figure out his place in the world where humans are more messed up and evil than monsters and beasts! This series is perfect if you are a fantasy fan fam!

We hope that these shows light you up or keep you in your toes! We hope that you find them worth the time.

The whole COVID-19 scenario is indeed tough on all of us. And we thank you for taking every measure possible to stay safe and keep others safe as well. Let’s have faith, take time to relax and have a good time with family and friends!

I am a student in Denmark for the past one and half years. Coming to Denmark was a big shock with a lot of difficulties that I wished I was aware of before. I wished I had someone to rely on to ask questions and get answers. In the process of learning and figuring things out, I joined the Student Survival Guide team so that I share what I learned and be resourceful for other students as much I can! I am a writer, apart from that I enjoy reading, binge-watching, hunting burger places and COFFEE!
All posts from author
Student Survival Guide is a non-profit project, started by university students in Denmark. We want to help other students, who struggle with things we've already been through and gained knowledge about. If you want to support us, consider following our Facebook page or YouTube channel. Leave a comment or like, so we can see that our work is paying off.
Thank you,

What Books To Read, During Quarantine?

Survival Guide To Student Accommodation In Denmark: Our Best Tips

How to choose student accomodation in Horsens, Denmark?

How To Start Working in Denmark, Before Your University Starts?

How To Apply For SU? Step-By-Step Guide