All the survival knowledge you need for your first weeks in Denmark. Shopping, taxes, work or university life.
Download Now
Dec 13, 2020
in
Blogs 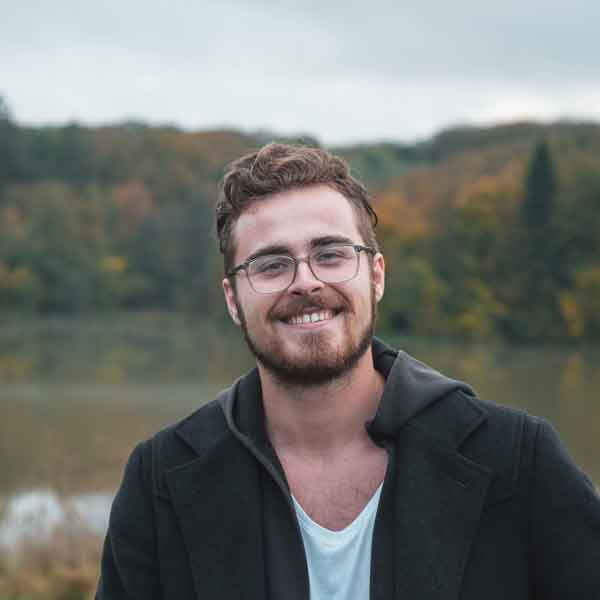 Jaroš Vyhňák
Latest news
I study MSc in Computer Science and Engineering at DTU in Denmark - This is my story
Oct 21, 2020
in
Blogs
Survival Guide to Taxes in Denmark
Oct 11, 2020
in
Survival Guides
Best Apps and Websites for Learning Danish (student-friendly prices) + Tips and Tricks!
Jun 22, 2020
in
Blogs
A weekly dose of COVID-19 news, a bit about traveling, and youtube do something smart for once.
VIDEO
VIDEO

This week has been hit hard by the coronavirus. Not only new restrictions came in place, but also a part of the Danish royal family had to go to self-isolation after the heir to the Danish throne tested positive. Moreover, as the vaccination process is on the way, some questions about the total protection by the vaccine arise. Read further in our News Recap for the past week!

In addition to the 38 most corona-affected municipalities, another 31 are added to the new partial lockdown directive, which became effective on Wednesday.

This is what Minister of Health MagnusHeunicke (S) says at a press conference on Thursday.

‍
The Minister of Health emphasizes that itis now time for the population to hold on, as the vaccines are just around the corner.

‍
“Vaccines approved on December 31st. Shortly after, it will be possible to vaccinate in Denmark. 21 days and counting. So now is the time to hold on. We must not let go of control before the vaccine arrives.
‍

The extended restrictions mean, among other things:

Read more about the new restrictions

As for the positive news, the Danish government has made an agreement with the private medical company Falck about 50.000 daily rapid coronavirus tests, which will effectively from Monday onward raise the testing capacity to 115.000 tests a day. In addition to that, another 36 new test centers are to be opened.

Corona in the world

On the international scene, the United States Food and Drug Administration (FDA) has approved the Pfizer/BioNTech COVID-19 vaccine. This was stated by President Donald Trump on Saturday night in a video on Twitter.

‍
“It's a medical miracle. It is one of the greatest scientific achievements in history. The vaccine will save millions of lives and soon end the pandemic once and for all.”

Currently, there are only a few countries that already started with the vaccination process - China, Russia, the United Kingdom, and from this weekend, also the United States. It is scheduled that a number of countries will start the vaccination already in December, like Canada, Bahrain, India, Morocco, and Mexico.

Although getting vaccine is only a fist step towards improvement, there are many challanges to face. And this applies for all the countries, not only the US.

So what is Denmark waiting for?

Minister of Health Magnus Heunicke expects the first Dane to be vaccinated in January. This requires the approval of vaccines by the European Medicine Agency, EMA. The Minister of Health expects this to happen on 31. December. The first vaccinations could be given "a few days later," he said at a December 10th press conference.

With six agreements, Denmark has ensured that the country can, in principle, vaccinate approximately 16 million citizens.

At the moment, vaccines from BioNTech / Pfizer and Moderna have entered the approval process in the EU. It is uncertain whether all agreements will be used, but they have been concluded to ensure that we have enough vaccines if any of the manufacturers' vaccines are not approved.

Read more about vaccination in the world and in Denmark

As the results of the USA presidential elections are officially confirmed, Joe Biden will become the next president. Therefore, YouTube started to delete all videos that contain allegations about frauds connected with the election.

This has been introduced after the deadline known as a ‘safe harbor’ - a point when enough states certified the official results of the election and so gave the next presidential seat to the Democratic candidate Joe Biden.

“On that basis, we will begin removing portions of content uploaded today (or any time thereafter) that mislead people by claiming that extensive fraud or error changed the outcome of the 2020 U.S. presidential election.”

Trump himself is leading the way with the claim that he won the election. That letter votes were swindled, and that election officials helped manipulate the counting of votes so that Biden could be declared the winner. He has sent his lawyers led by Rudy Giuliani to the crucial swing states that Biden won. The reason was to convince the courts of election fraud. However, the judges have flatly denied all allegations. On Tuesday, Trump's campaign suffered the biggest defeat. Here, the U.S. Supreme Court refused to block the approval of the election result in Pennsylvania.

Pfizer doesn’t know if those that have been vaccinated can spread the virus or not.

The Danes are not going to escape keeping their distance, wearing masks and using hand disinfection, even though they have received a vaccine, says Professor Jens Lundgren.

We can hopefully look forward to being vaccinated against coronavirus at the beginning of the new year. But even with a vaccine in the body, we can not yet start to behave as in the time before the corona pandemic.

“It is not yet known with certainty whether those vaccinated against coronavirus can infect others. This question is still being investigated. Our Phase 3 testing has examined whether the vaccine candidate prevents the disease.”

“Firstly, we can not be sure that the vaccine protects everyone. And as long as there is a high infection factor in Denmark, it will be smart not to be exposed to the infection.”

Says Jens Lundgren, chief physician, and professor of infectious disease medicine at Rigshospitalet and the University of Copenhagen.

Read more about this issue

“Prince Christian was tested positive forcovid-19 on Monday. He has been infected at his school and is now inisolation.”

This is stated by the Danish Royal House ina press release.

The Royal House has been in contact withthe Danish Agency for Patient Safety for advice on infection detection and testing.

On Friday, the Royal House stated in a press release, that all affected members of the Royal Family have been tested again, with a negative result.

New categorization of the EU countries concerning the regional corona differences means that individual regions of the countries with low enough infection rate can disappear from the ‘red list’. But the infection situation must be better."

“Even though the changes in the recommendations were almost non-existent, the new regional approach will enable us to adapt our travel recommendations more specifically in the future, especially when the infection situation in Europe improves.”

Sounds from the Ministry.

From now on, the travel instructions from the Ministry of Foreign Affairs will also be updated on Friday instead of Thursday, which has been the practice so far, the ministry states.

Read more about these changes

Vaccination in the world and Denmark

I came to Denmark in August 2015 with a vision. I wanted to study, work, receive some government support, get a degree, and leave back to the Czech Republic. Aside from studying, nothing went according to plan. It took me many months to settle down the way I wanted to, and somewhere in the process, I fell in love with this country. Now I would like to give something back. Not only did I fall in love in Denmark, but also with Latin dances, which became my life passion. Aside from that, I enjoy a good beer, even better company, and other basic things in life.‍
All posts from author
Student Survival Guide is a non-profit project, started by university students in Denmark. We want to help other students, who struggle with things we've already been through and gained knowledge about. If you want to support us, consider following our Facebook page or YouTube channel. Leave a comment or like, so we can see that our work is paying off.
Thank you,

What Books To Read, During Quarantine?

Quarantine and Chill? Some Interesting Shows and Movies to watch during the quaran-cation!

Survival Guide To Student Accommodation In Denmark: Our Best Tips

How to choose student accomodation in Horsens, Denmark?

How To Start Working in Denmark, Before Your University Starts?

How To Apply For SU? Step-By-Step Guide

SU in Denmark - What are the rules and who can receive it?